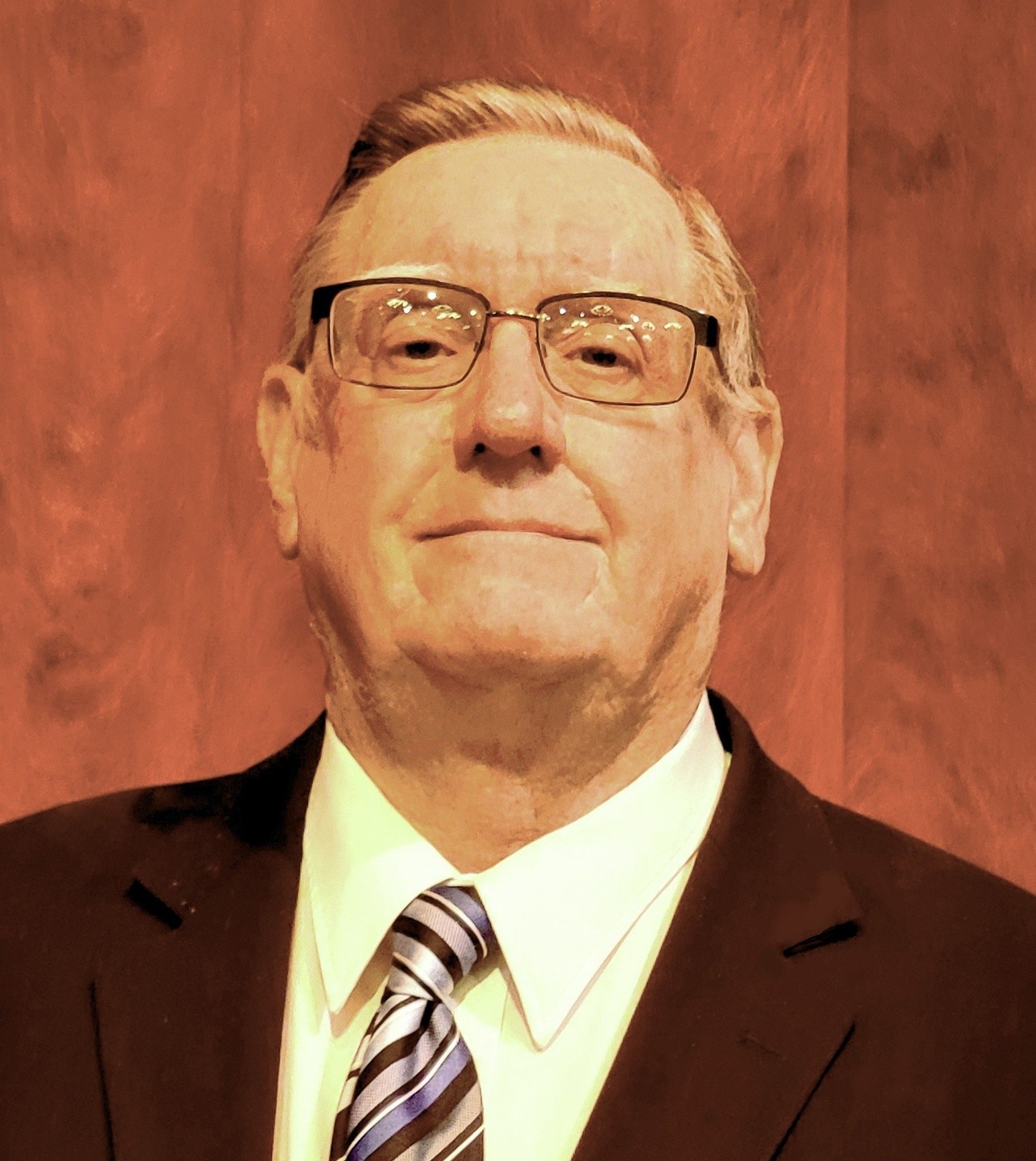 At the age of seven, I pestered and begged my Pastor to allow me to be baptized with the adults, the youngest ever in that Church of Christ. Since then, I have had a lifelong love for the Word of God and a passionate desire to know more of the Lord Jesus Christ.

In 1963, I realized that although I was baptized, I had not been born again. A bible teacher, later to be my Pastor, led me in a true salvation experience. The infilling with His Holy Spirit, and power came a week later.

In 1969, I became a founding member of Word of Life Fellowship in Redwood City, California. I became a Bible teacher in 1971, a licensed minister in 1978 and, in the mid-80s, I was ordained as an elder in that Church, an honor I still hold.

Over the years, I have taught the principles of the doctrine of Christ, and the foundations of the Christian faith to a couple of thousand people in hundreds of classes. I have seen the supernatural gifts of His Holy Spirit manifested thousands of times, dozens upon dozens under my own hands. “Not my might, not by power, but by My Spirit, says the Lord of Hosts.” Zachariah 4:6.

I would go anywhere to share the gospel of the Kingdom. I have spoken at a Full Gospel Business Men's Convention in Kobe, Japan. I have been involved in many prison Ministries in state penitentiaries such as San Quentin. One of my fondest memories was a time I was asked to fill in for another Pastor in a prison service.

This pastor was delayed on a flight back from Florida after ministering in Haiti. I had less than 15 minutes' notice before I had to drive out to the facility. A ministry partner and I were in the prison gym with about 65 inmates, many of whom were serving long or life sentences for violent crimes. The inspirational message on the wall behind me read “NO WARNING SHOTS! I had nothing prepared. I simply spoke my heart about living in a relationship with the Holy Spirit. At the end of the talk, I asked if anybody wanted to come up so I could pray for them. Soon, several men were around me. As I prayed they received the Holy Spirit with the evidence of speaking in a heavenly language. My partner minister also had a bunch around him. I soon saw that inmates that had received the Holy Spirit moments before were praying with their companions. As they prayed, the other inmates were being filled with the Spirit also. Over the course of fifteen minutes, before everybody had to go back to their cells, over half, 35 inmates out of 65, had received the Holy Spirit, That was truly an “Acts chapter two” evening. The Lord is not deterred by who you are or what you have done in the past, He will pour out His grace and blessings on those that seek Him.

I teach classes in the local church, live conferences, or zoom videos since COVID-19. My topic is usually about the principles of the doctrine of Christ and the gospel of the Kingdom. I am also a part of a team that is preparing a Bachelor’s degree course in biblical studies for a thousand students in Africa.

I would love to share the gospel of the Lord Jesus Christ with you as a coach. We train pastors, church leaders, and students in the gospel of the Kingdom, and in the new and better covenant as spoken of in Hebrews chapter eight. As I have done for many others, I can coach, train, and show you empowerment in your current or future ministry.

Dr. Yarbrough is an Amazon Kindle best-selling author. He has completed the Word of Life Fellowship School of Ministry. He also has completed the Praise Tabernacle correspondence Bible course taught by Apostle Kelley Varner. He has graduated from the S.P.I.R.I.T. School of Ministry and has completed four years of Welton Academy Supernatural Bible School. He earned a Doctor of Ministry degree from Crown Institute of Theology at 74 years of age. He is currently volunteering with a group of graduates and staff of CIT to write a series of textbooks for use in missions in several African nations. Richard Yarbrough has been married for 47 years to his life and ministry partner Cheryl Yarbrough. They have three children, nine grandchildren, and six great-grand children.

Here are the reasons you can depend on Dr. Richard Yarbrough to help you be transformed by the renewing of your mind into the fullness of the stature of Christ:

Overcoming the One Thing that Blocks You from Revival, Church Growth, and an Intimate Relationship with Christ Jesus
~ by Richard Yarbrough 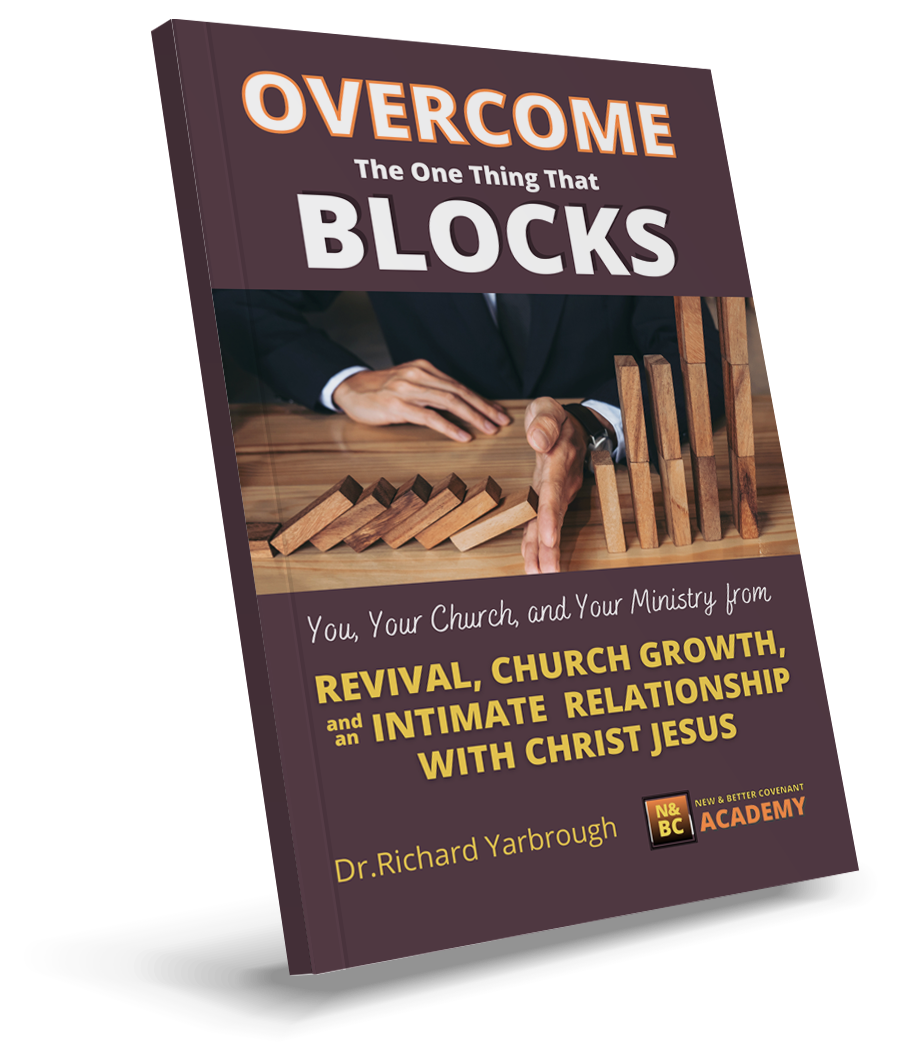 Inside of this eBook, you will learn:

What People Are Saying: "For over 20-years, Rick Yarbrough led our Water Baptism classes, here at Word of Life Fellowship. During that period of time, Rick taught literally hundreds of hungry new believers and prepared them for one of the greatest life-changing experiences in Christianity – Covenant Water Baptism. And he did not restrict his courses to the basic “outward-sign-of-an-inward-work” teaching. The depth and magnitude of the revelation on this subject, and the way it is threaded throughout the entire Bible is nothing short of remarkable." 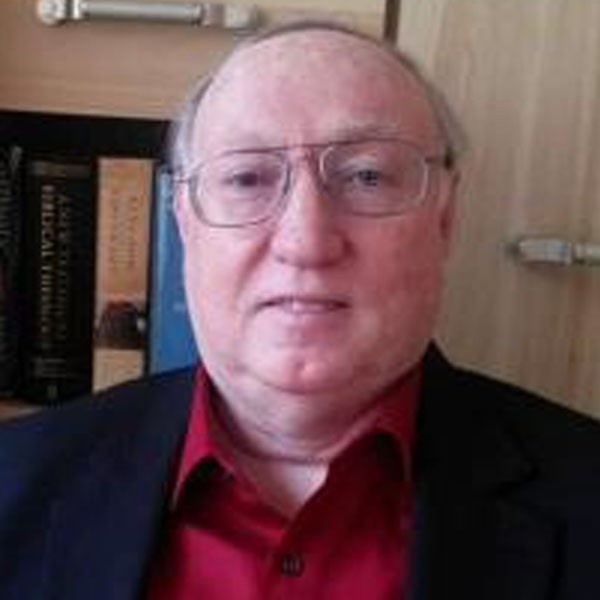 "Rick, well you have outdone yourself this time. Great paper! ... At this stage, you become the teacher, and I am the one that needs to be taught...

This is certainly "A+" work. You have enough material for a whole degree program.

What you have outlined looks like a total theological rebuild of BCT. Which I am in favor of... Carry on - you have a great outline."

"My name is Ken Dow. I have known Rick Yarbrough for over forty years. His work on the doctrine of water baptism over the years has been very commendable. His commitment to studying the word and teaching this doctrine has been well received and a blessing to many in the Word of Life Church and elsewhere. His dedication and commitment over the years have blessed many. With the guidance of the
Holy Spirit, Rick has followed biblical principles in his ministry. I am very honored to put my name to honor Rick Yarborough. Ken Dow, a brother in Christ." 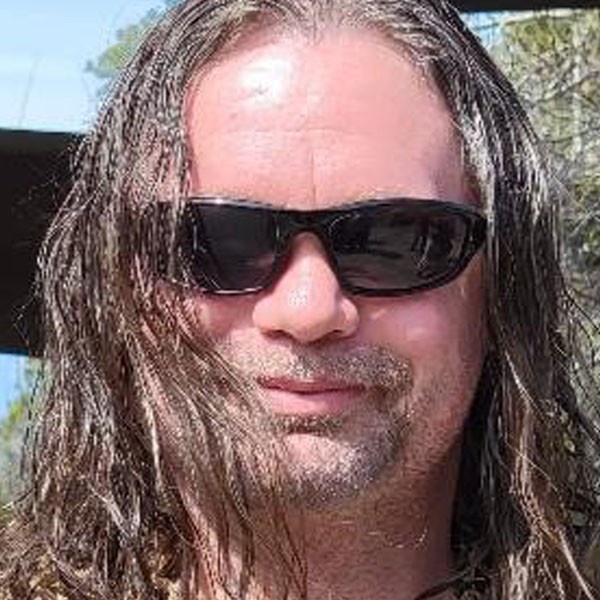 "When I left my ministry before a move across the country, we attended my wife's childhood church, Word of Life Fellowship in Mi Wuk Village CA. She wanted to be water baptized in the truth of covenant baptism and wanted me to attend Rick Yarbrough's baptism class with her. I'm a Pastor, why would I want to take a class on something as fundamental as water baptism? I'm glad I did. Rick explained the doctrine of baptisms in a way I have never heard before. He covered the baptism in the Holy Spirit and fire and water baptism, with an understanding of what it means to be born again. He opened scriptures I had skipped over before because I didn't see where they fit in. His class changed my understanding of what it means to be born again."

This is a great book, full of scriptures and a sharing of the author's painstaking study of these topics. Mr. Yarbrough also discusses speaking in tongues at Pentecost, (Acts 2). I believe God gave the apostles the ability to speak the native languages of the people present at Pentecost so that they could understand God's Word. Although the author has a different understanding about speaking tongues, I thoroughly enjoyed reading and contemplating the deeper meaning in God's Word of these subjects. I think you will be blessed by reading it." 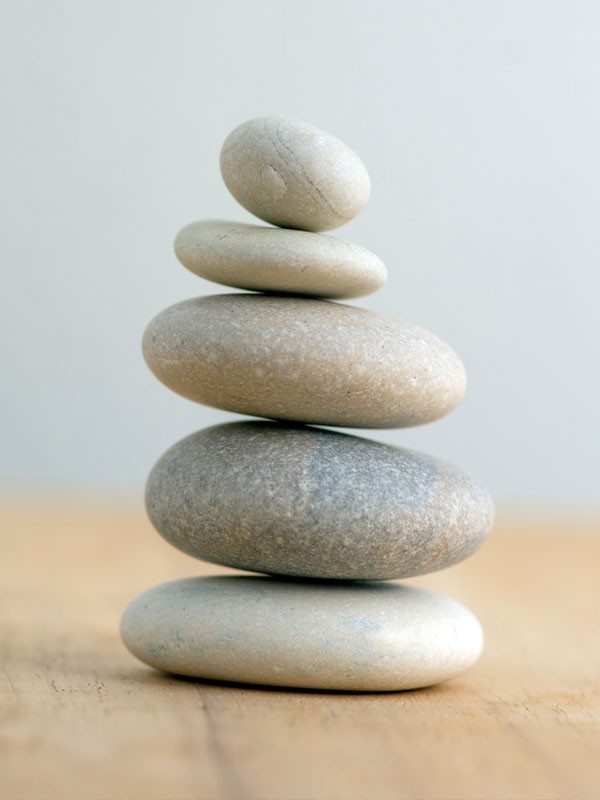 Avoid Burning Out By Finding the Right Balance

I am sure you have heard the saying, ‘you cannot pour from an empty cup.’ This is why you need to learn to take care of yourself. Keeping yourself motivated... 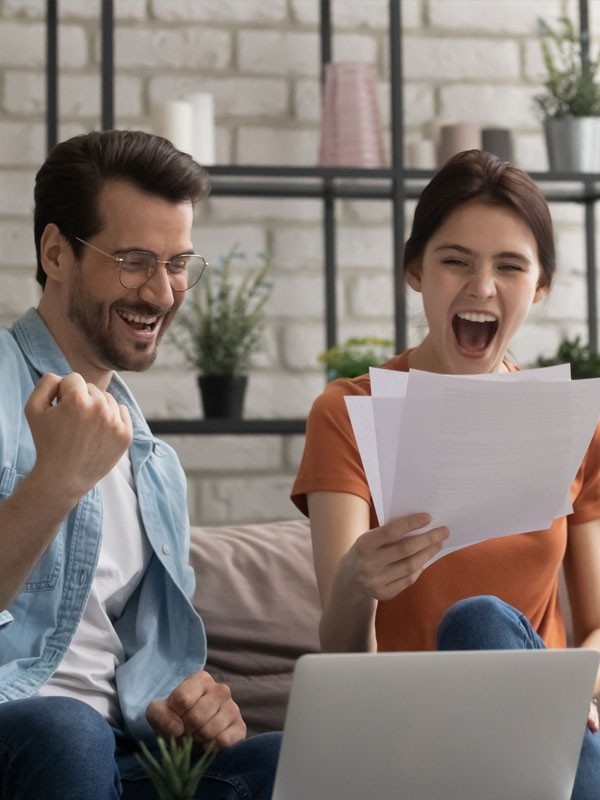 Reward Accomplishments if you Break your Habits

Life becomes more worth living when you know that for every good thing that you did, a reward is bound to come your way. By this time, you already know... 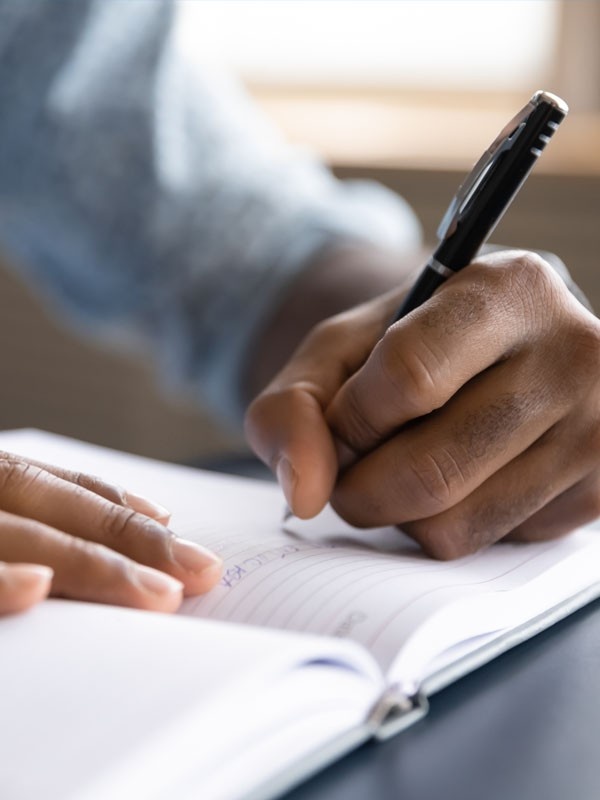 How to Plan and Achieve Your Goals

So now you have the goal, you need the plan. To do this, look at where you are now and then look at all the things you would need to build the life you are picturing. 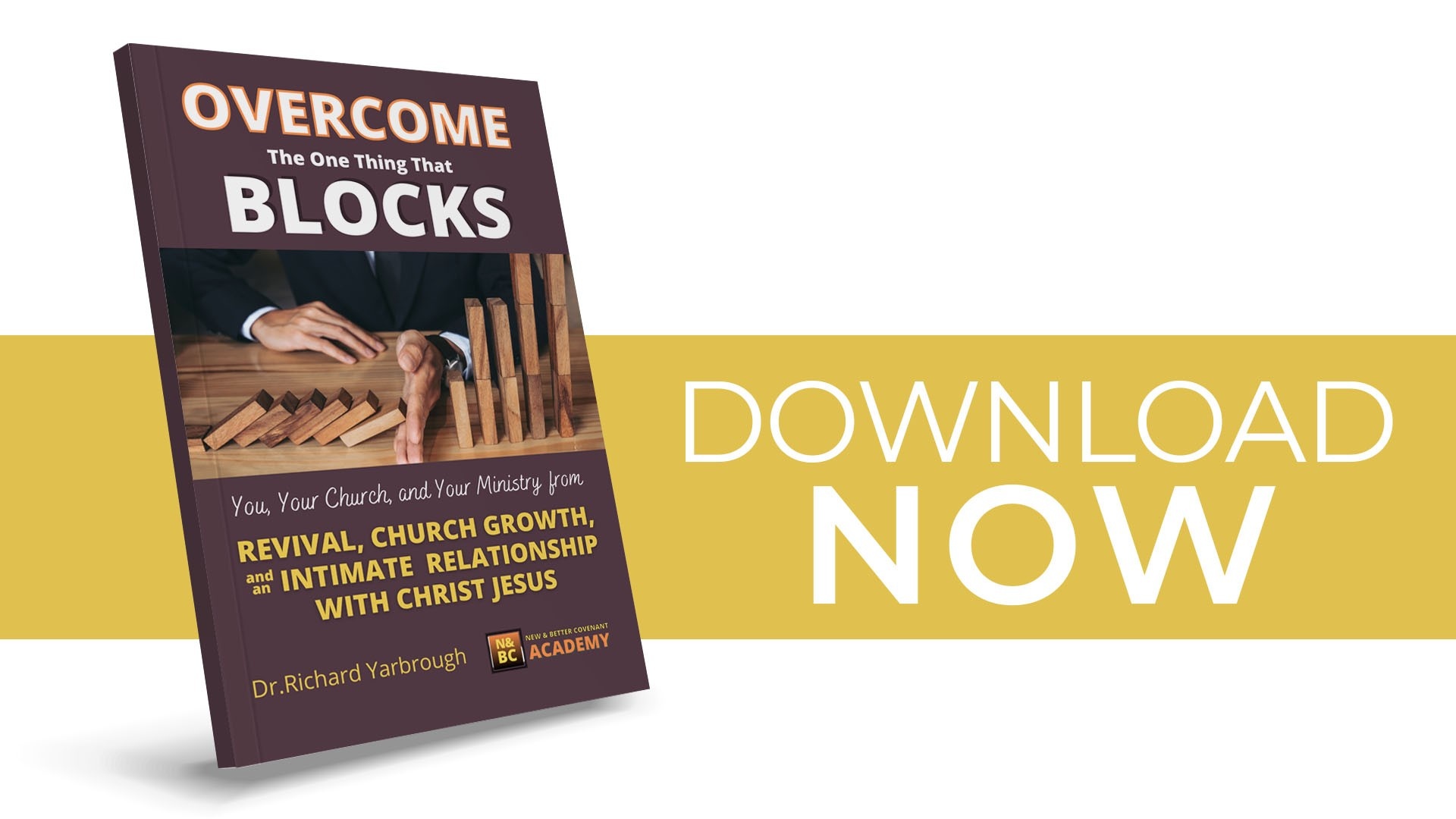 Overcoming the One Thing that Blocks You from Revival, Church Growth, and an Intimate Relationship with Christ Jesus

This eBook is one of Richard Yarbrough's most popular publications available as a free download.